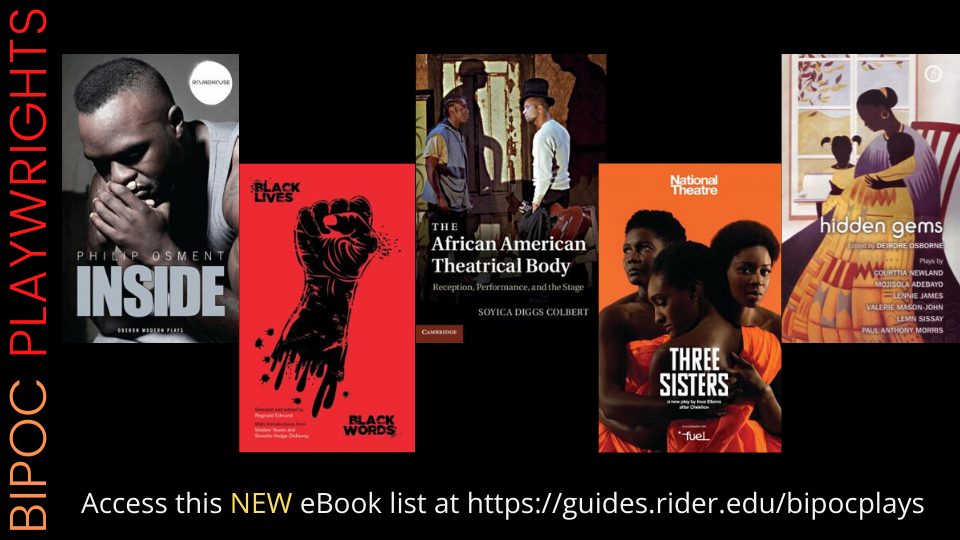 These plays were added to the collection July 2020.  Requests can be sent to hdalal@rider.edu (Heather Dalal).