This guide is currently under development, including pages for subtopics exploring various ways that privileges and oppression manifest. Please email Prof. Melissa Hofmann mhofmann at rider.edu with suggestions for additional resources.

Other Diversity and Inclusion Guides from Rider University 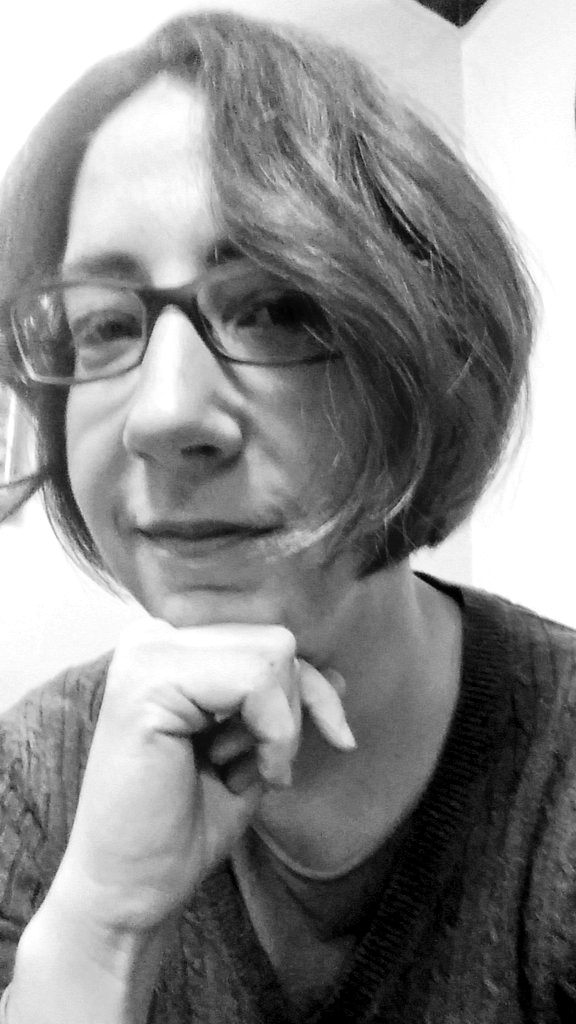 "Privilege" refers to certain social advantages, benefits, or degrees of prestige and respect that an individual has by virtue of belonging to certain social identity groups. Within American and other Western societies, these privileged social identities—of people who have historically occupied positions of dominance over others—include whites, males, heterosexuals, Christians, and the weathy, among others. 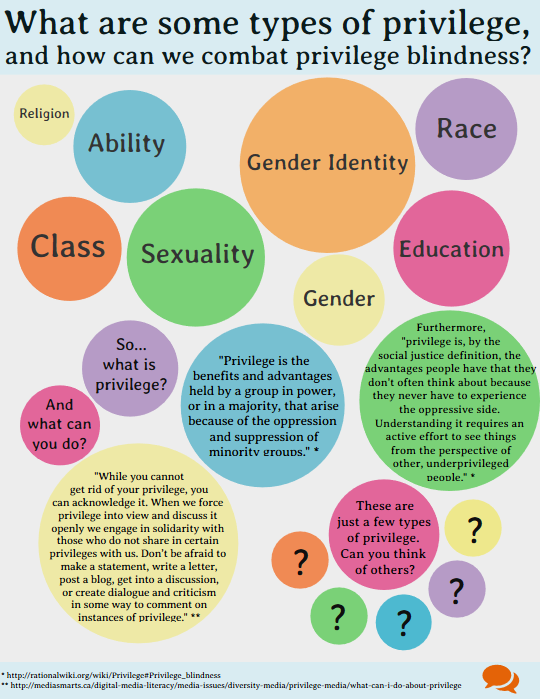 Image text: What are some types of privilege, and how can we combat privilege blindness? [In different color circles] Religion, Ability, Gender Identity, Race, Class, Sexuality, Gender, Education. So what is privilege? "Privilege is the benefits and advantages held by a group in power, or in a majority, that arise because of the oppression and suppression of minority groups."* "Furthermore, privilege is, by the social justice definition, the advantages people have that they don't think about because they don't often think about because they never have to experience the oppressive side. Understanding it requires an active effort to see things from the perspective of other, underprivileged people."* And what can you do? "While you cannot get rid of your privilege, you can acknowledge it. When we force privilege into view and discuss it openly we engage in solidarity with those who do not share in certain privileges with us. Don't be afraid to make a statement, write a letter, post a blog, get into a discussion, or create dialogue and criticism in some way to comment on instances of privilege" ** 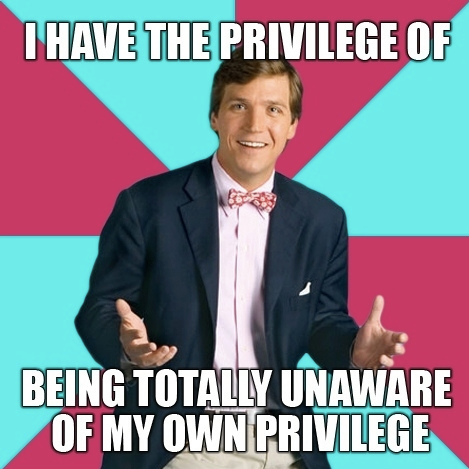 "What is Privilege" by NCCJ.

A small sample of articles. [This is a work in progress]