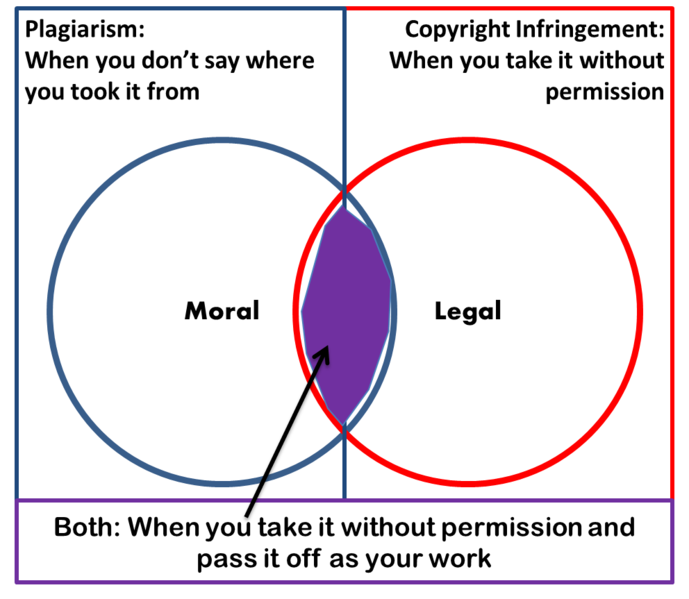 Paraphrasing: When/How/Why Should I Do It?

Paraphrasing gives you the room to condense a text’s ideas into your own words.  You can use this, for example, to rewrite a definition, to emphasize important points, or to clarify ideas that might be hard for the reader to understand if you quote the original text.

When you paraphrase, remember that you still need to cite the source in-text!

Depending on your field and the style guide your field follows, you may be required to paraphrase more than quote or summarize. Make sure you are familiar with the writing conventions for your field. APA, for example, draws much more on paraphrase than MLA.

Example of a Paraphrase

Let’s look at an example of a paraphrase.  Note that here the author of this paraphrase has used the author’s name first as an attributive tag – she is letting the reader know who wrote this.  She then goes on to put the writer’s ideas into her own words, but acknowledges directly where the ideas came from by using the in-text citation at the end of the second sentence.

Paraphrase: Original Text from "On Japan's Propensity for Native Speakers of English," by Nobuyuki Honna
[Japanese people] are ashamed if they do not speak English the way native speakers do.  Given an Anglophile goal as their guiding light, Japanese students of English…accept their limited proficiency as natural and inevitable…By virtue of this perfectionism, Japanese tend to hesitate to interact with English speakers ‘until,’ as they often are heard to say, ‘they develop complete proficiency in the language’. Fears of making mistakes often prevent them from using the phrases and expressions they are learning currently (Honna 58).
Paraphrased Text:
According to Nobuyuki Honna, many Japanese believe they must speak English perfectly to be proficient.  The problem that arises with the idea of “mastering” English is that generations of Japanese students are growing up not believing they have developed a proficiency in the language such that they can communicate with a native English speaker (58).
In the above example, notice the following:
1. The author managed to encapsulate the longer passage into two sentences.
2. The paraphrase has an attirbutive tag ("According to Nobuyuki Honna") and a citation at the end of the sentence.

- This is a paraphrase for MLA; in APA, the year would come after Honna's name in parentheses. 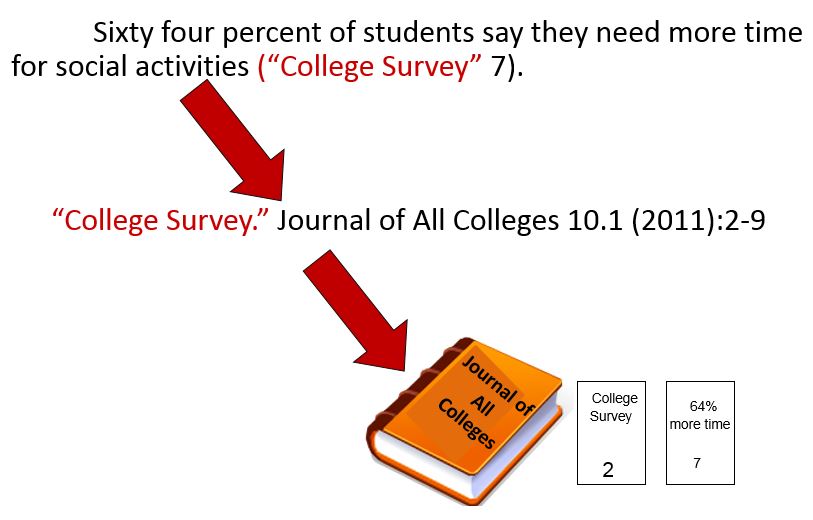 This is an example of a journal article and the diagram labels the different parts of the citation. 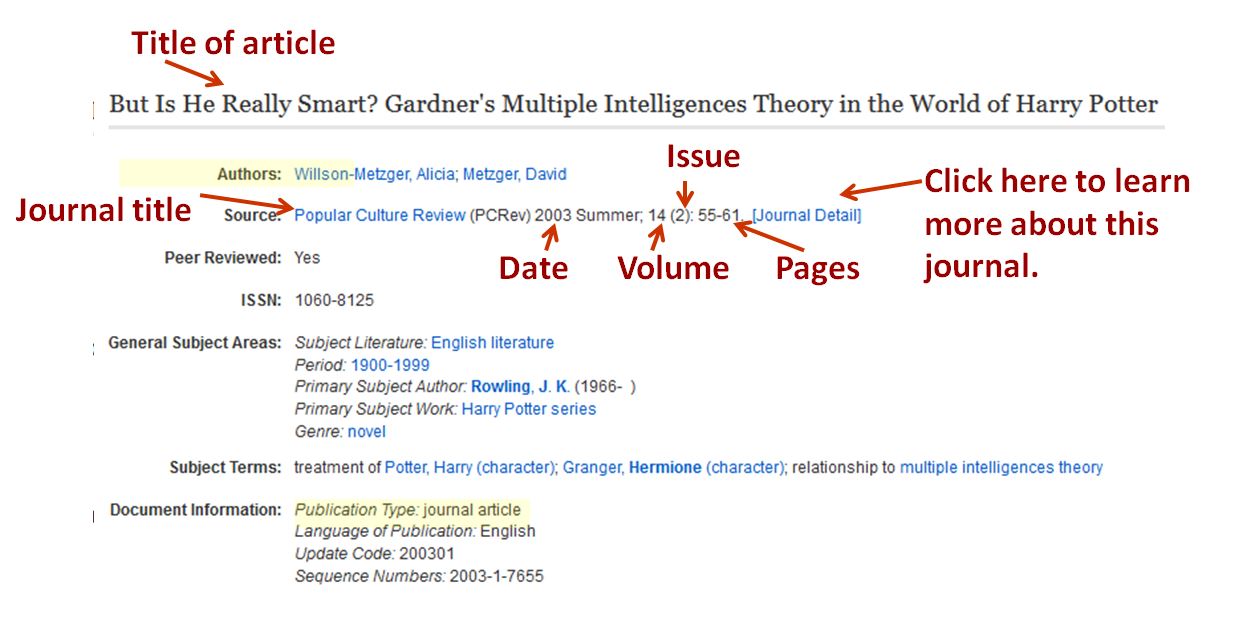 This is an example of citing a chapter within a book. 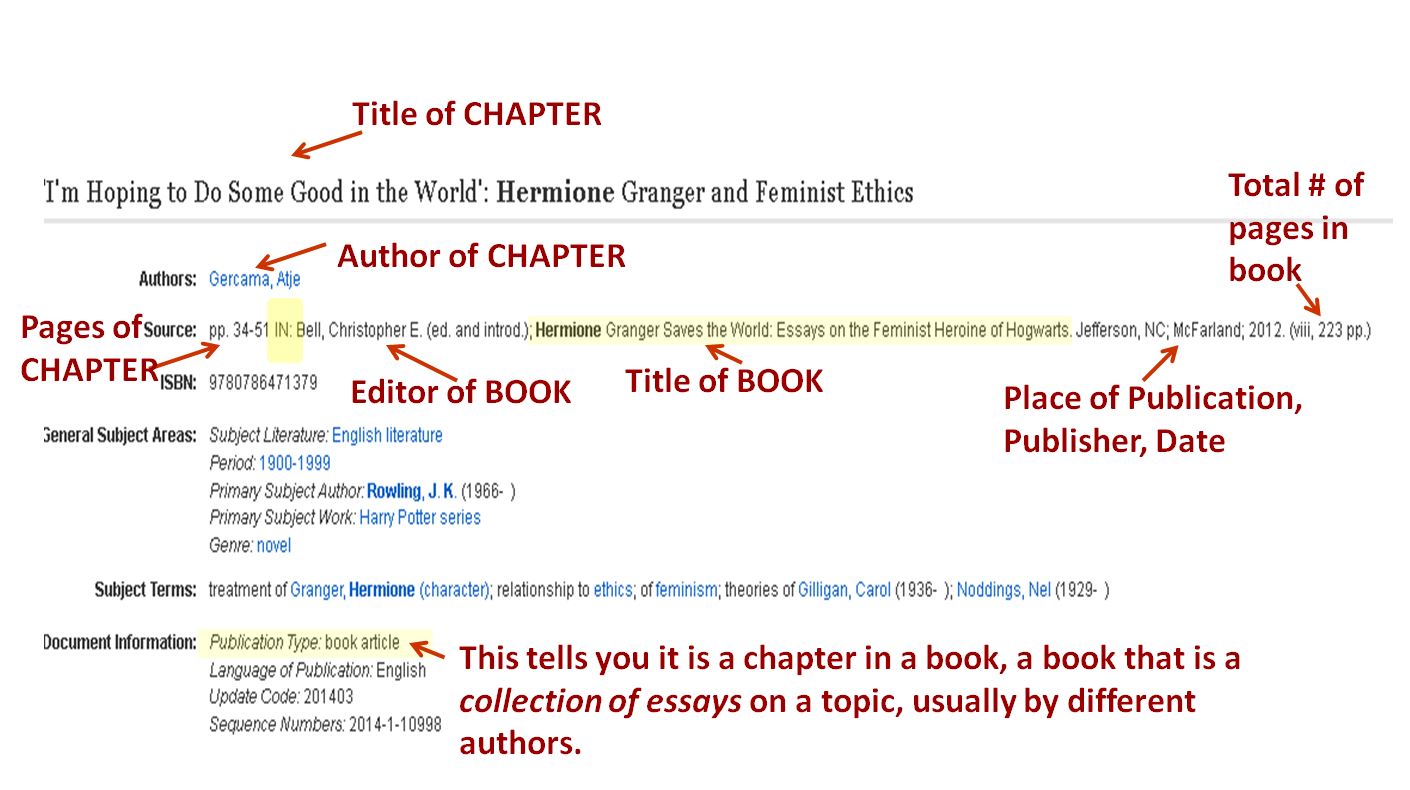 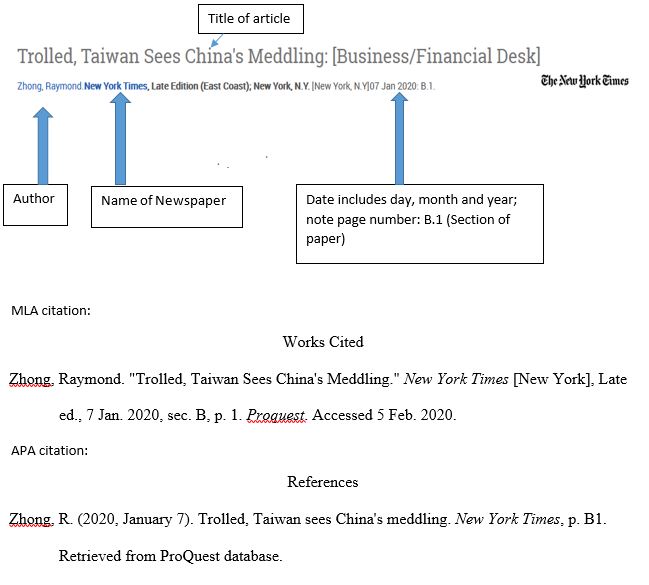 Use NoodleTools to walk you through creating your Works Cited list.

NoodleTools takes care of the format and punctuation!

From the RU Libraries' home page, scroll down left panel to "Bibliography and Citation Tools" and click the link: NoodleTools

Use NoodleTools to create a works cited page for your paper.  NoodleTools can be found on the Libraries' home page under “Biblliography and Citation Tools.”

When you access NoodleTools from off-campus, you will be asked first for your Rider Key username and password.

"The MLA Style Center, published by the Modern Language Association, is the only authorized Web site about MLA style. This free, evolving resource is designed as a companion to the eighth edition of the MLA Handbook."